Imposing fines of up to £500,000 on the companies behind cold calls and nuisance text messages is to become easier under changes to the law being made by the government.

The move follows tens of thousands of complaints about cold calling.

Currently, firms can only be punished if the Information Commissioner can prove a call caused "substantial damage or substantial distress".

But from 6 April, that legal requirement is to be removed.

More than 175,000 complaints were made to the Information Commissioner's Office (ICO) last year about nuisance calls and text messages.

The government says the number of complaints has risen in the past decade and the issue is particularly acute for the elderly and housebound as such calls can cause distress and anxiety.

In a speech earlier this month, Information Commissioner Christopher Graham described the current law as "a licence for spammers and scammers" and appealed for more powers.

The ICO can take action against companies who flout rules on direct marketing, and says it has issued penalties totalling £815,000 to nine firms since January 2012.

But it has been powerless to target other firms behind a large number of unsolicited calls or texts.

It had tried to argue that companies which make a large number of calls could breach the regulations because of the "cumulative effect" of their actions.

But a tribunal upheld an appeal against a £300,000 fine imposed on Manchester-based Tetrus Telecoms after ruling its high volume of text messages about PPI and accident claims did not meet the legal threshold of causing "substantial damage or substantial distress".

How to deal with cold callers Do:

Now, following a six-week public consultation, that threshold is to be removed according to digital economy minister Ed Vaizey.

He told BBC Breakfast: "At the moment if the Information Commissioner goes after a company, he's got to show the company has caused you - the consumer at home - serious distress, serious harm.

"It's a very high test to pass which is why there have only been nine prosecutions, which is why we want to lower that test."

He said it was "important to recognise" the UK has a "legitimate direct marketing industry... where businesses calling consumer can sometimes bring some benefit" and the ICO "wants after the cowboys".

It will now be up to the ICO to assess when a serious contravention has taken place. 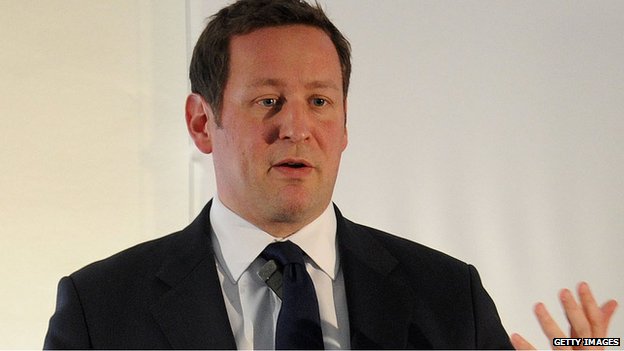 The Department of Culture, Media and Sport (DCMS) said it was "committed" to dealing with the problem of nuisance calls, and it was looking to introduce mandatory caller line identification so that all marketing callers would have to display their telephone numbers.

It also confirmed that it will look at introducing measures to hold board level executives responsible for nuisance calls and texts.

This follows a report last December from a task force looking at the problem, which called for a review of the rules in order to act as a stronger deterrent to rogue companies.

The executive director of the consumer organisation Which?, Richard Lloyd, who chaired the task force, welcomed the announcement, saying the calls were "an everyday menace blighting the lives of millions".

Why do companies make automated calls?

Organisations make automated calls to generate "leads", which they then sell on to firms who offer the service provided in the message.

This list is then sold on to a firm which manages personal injury claims. It will contact the people on the list and offer them its services in dealing with possible claims.

Companies or organisations making automated marketing calls are legally meant to have the permission of the person they are calling before they call.

But Mr Lloyd told the BBC's Radio 4 Today programme that telecoms companies also need to step in and "do more to cut off these calls at source".

He said: "Eight out of 10 people have told us they have had an unwanted call or text over the last month, a third of people have said they have been caused distress and they have been feeling intimidated by these calls, so this is a massive problem and we have to get a grip on it.

"If we get the regulators, the government and the telecoms companies working together on this we think we could start seeing a rapid decline in calls but that's going to take a while."

But the Fair Telecoms Campaign, which contributed to the consultation, said the announcement was only a "tiny step in the right direction".

David Hickson, from the campaign, said "using the limited capacities of the ICO and [telecoms regulator] Ofcom can never succeed now that the problem has been allowed to grow to its present scale".